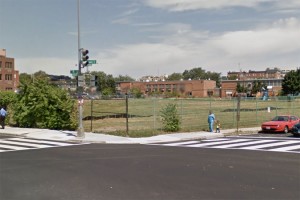 The robbery happened on the 1700 block of Vermont Avenue NW about 1 p.m. Thursday. The area is near 11th and R streets NW.

The third young man eventually reached into the victim’s pocket and grabbed his wallet.

With the wallet, the robbers jumped into a white Lexus and drove away, police said.

The victim was hospitalized.

Robbery Gun in the 1700 block of Vermont Ave. Lookout for 3 B/M's, 18 Yoa, wearing all dark clothing with mask

In addition to the shooting near Howard University early this morning, other crime reported in Borderstan since Thursday morning included robberies on the 1300 block of Green Court NW near Thomas Circle NW last night and on the 1300 block of Fairmont Street NW in Columbia Heights yesterday afternoon, according to authorities.

Suspects were arrested in connection with both of the robberies.

more stories
Previous
Cosby v. Kim: Do You Back Street Artist Who Defaced Ben’s Mural?
Next
Activists Chant and Wave Flags in Protest at Congo Embassy in Dupont