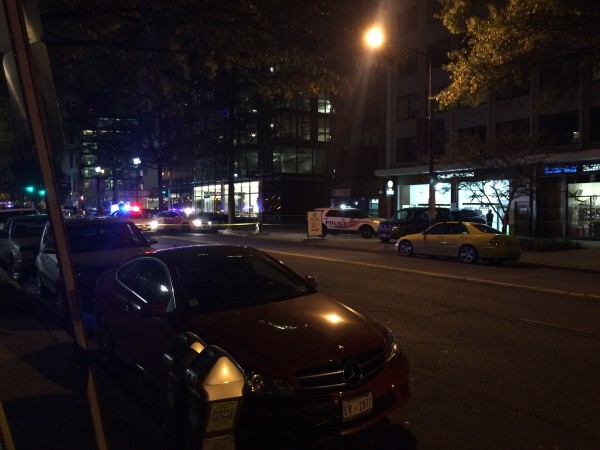 According to the police report, two men were walking on the 1700 block of Rhode Island Ave. NW when they were approached by a black SUV containing five people. The people in the car then began to argue with the two men. One of the men said he told the people in the car, “we don’t want no problems,” in response and tried to walk away, but the group exited the SUV, surrounded the two men, and attacked them

During the fight, one of the assailants allegedly hit one of the men in the head several times with a baseball bat. The man was also stabbed in the stomach during the assault.

The other man was punched in the jaw, said police.

According to the report, the assailants got back into the car and sped north on the 1200 block of St. Matthews Court NW.

Police are still investigating the crime.

more stories
Previous
What to Expect in Borderstan This Weekend (Oct. 24-25)
Next
Borderstan Brief