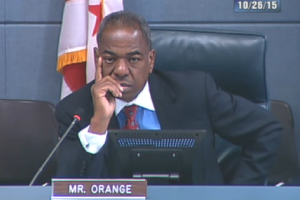 A number of D.C. bars, restaurants and clubs have organized to fight back against D.C. Councilmember Vincent Orange’s proposed Nightlife Regulation Noise Act.

The group, which is called the D.C. Nightlife Hospitality Association and includes 11 representatives from more than two dozen local bars, clubs and restaurants, vows to get loud against the proposed “anti-noise” bill first introduced by Orange earlier this year.

If passed in its current form, Orange’s bill would prohibit D.C.’s restaurants and bars from playing amplified or recorded music in outdoor spaces such as summer gardens and rooftop decks after midnight. The bill would also enact a new “plainly audible” standard for noise measurement that could change the way noise complaints from nearby residents are investigated.

Some residents — particularly those in the D.C. Nightlife Noise Coalition — say the proposed legislation is needed to curb nighttime noise disturbances from local bars and restaurants.

But according to the new association, the bill would set a “standard with which few businesses will be able to comply.” The association’s executive director, Washington Blade columnist Mark Lee, said today in a press release that Orange’s bill is like using a “gigantic oversized flyswatter” to swat a “tiny fly.”

Several members of the association testified before the D.C. Council’s committee on business, consumer and regulatory affairs this afternoon.

“I believe this legislation would take us backwards from the progress our business has spearheaded,” said Matt Weiss, owner of 201 Bar, Union Pub, Barrel, and McClellan’s Retreat. “People understand they live in a city, and being close proximity to open nightlife businesses is part of the deal.”

“The proposed noise bill legislation risks putting our culture and nightlife back a step,” Eastman added. “While there may be a small number of noise problems in the city, the proposed rules are not the best approach.”

“In short, please don’t throw the baby out with the bathwater,” concluded Eastman.