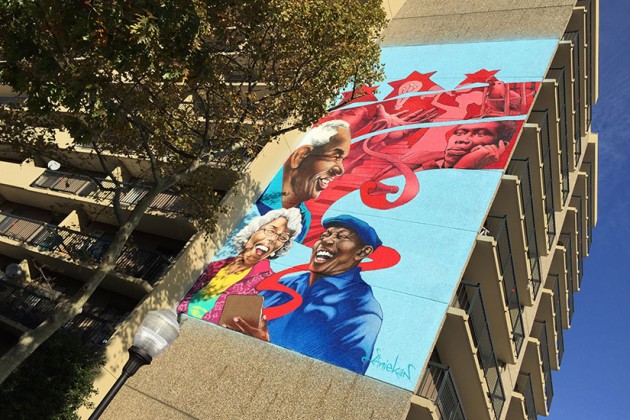 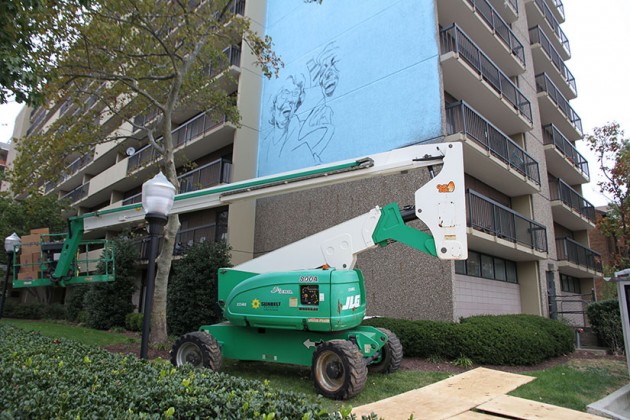 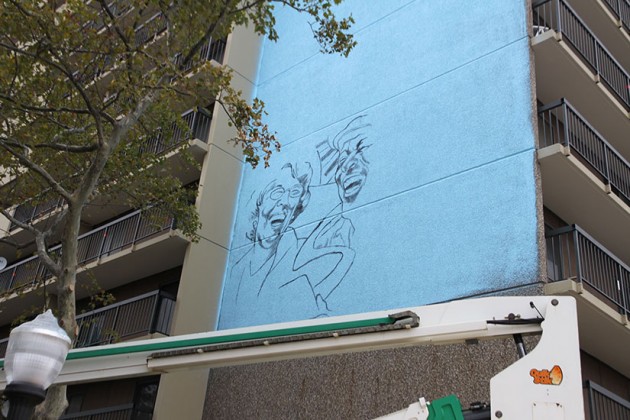 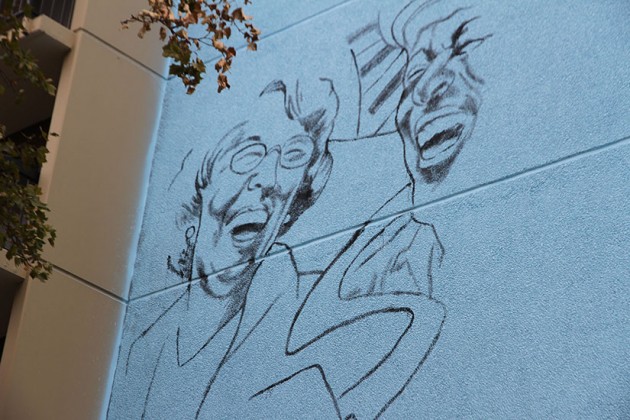 Something funny is happening on a U Street corridor building.

A mural with two people who appear to be laughing is taking shape on an exterior wall of the Paul Laurence Dunbar Apartments at 15th and U streets NW.

The six-story mural had outlines of a man, a woman and possibly a piano keyboard on a light blue background early this afternoon. The sketches take up less than a quarter of the space set aside for the artwork.

It isn’t clear yet what artist Aniekan Udofia plans to do next with the mural. He has stayed mum about his intentions for the project and wasn’t at the mural when Borderstan visited it today.

Udofia’s work appears in Shaw, Adams Morgan and other parts of the District.

Last month, Udofia completed a mural on the side of Bohemian Caverns at 2001 11th St. NW. He is also the artist behind the now-controvesial painting of Bill Cosby on the U Street Ben’s Chili Bowl.