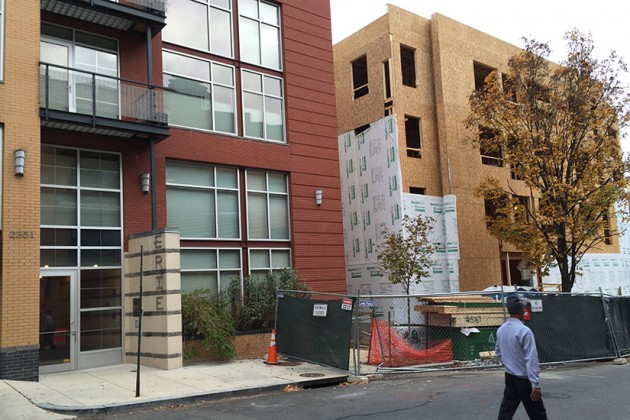 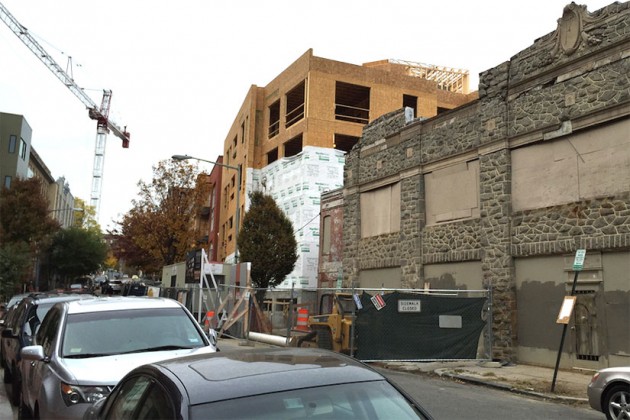 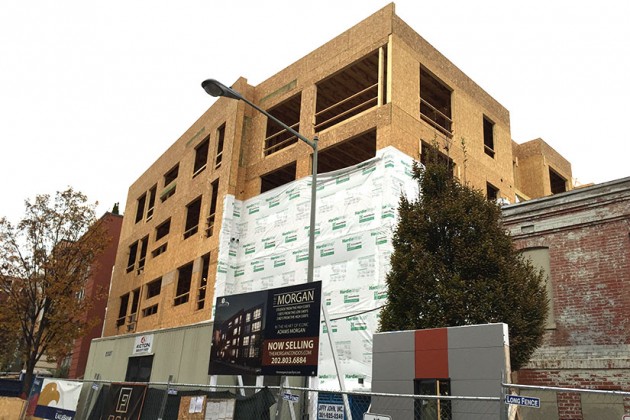 A group of Adams Morgan condominium owners aren’t happy about the construction of a 40-unit residential building that could obstruct their rooftop views of the District.

The Unit Owners’ Association of The Erie Condominium at 2351 Champlain St. NW are contesting the height of penthouses under construction at The Morgan, which neighbors the condo building. In an appeal to the D.C. Board of Zoning Adjustment made public yesterday, the condo owners said the penthouses are slated to reach a height greater than 9 feet, contradicting what they saw in zoning filings for The Morgan.

Laurie Horvitz, a lawyer for the condo owners, wrote in a letter to the Board of Zoning Adjustment last week that The Morgan initially had sent to D.C. officials a letter that included “‘roof views’ from the Erie Condominium that did not show any towering penthouse.” On The Morgan’s website, Capital City Real Estate notes that the building will have a “modern facade” and “rooftop cabanas.”

The condo owners “first noticed troubling rooftop construction at the property in October of 2015,” Horvitz wrote. “The construction work is still ongoing and the roof structures are not yet under roof. [The Morgan] is building tall roof structures that are inconsistent with the special zoning relief that was provided to this property previously.”

A representative of The Morgan wasn’t immediately available to comment.

The Board of Zoning Adjustment is expected to rule on the appeal in the coming months.