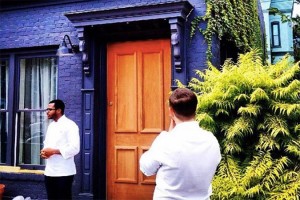 A “Top Chef” contestant is about two months away from serving “modern American cuisine” with international influences at a Shaw restaurant, the eatery’s general manager said last night.

The restaurant is the first foray into D.C. by Onwuachi, who is appearing in the upcoming season of Bravo’s Top Chef in December. Onwuachi, who is from New York, previously worked in the city’s Michelin-starred Eleven Madison Park.

Vakiner declined to get into the specifics of The Shaw Bijou’s menu. But he said the restaurant would have a tasting menu, with several courses.

“We’re right in the thick of” research and development, he said.