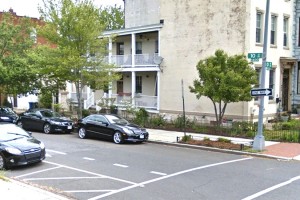 A man stole a woman’s iPhone 5s after he directed her to look down near Logan Circle Park last night, police said.

The victim was outside in the area when a man approached her, according to authorities. The man told the woman to hand him her cell phone and “look at the ground,” which she did, police said.

The man then ordered the victim to give him her phone’s passcode, which she supplied, according to authorities. He also rummaged through the woman’s purse, but didn’t take anything from it.

He fled on foot with the phone.

A description of the suspect wasn’t immediately clear.