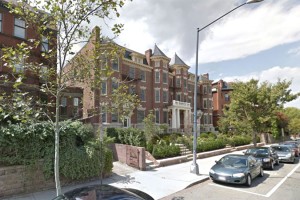 A man was attacked and robbed in Columbia Heights last night, police said.

The robbery happened on the 2600 block of 13th Street NW about 6:15 p.m. The area is about a block north of the Francis L. Cardozo Education Campus.

The man was sitting in front of the Alden, Babcock and Calvert Apartments when someone came up to him and asked for a dollar, according to authorities. The victim told the person he didn’t have any money.

Soon after, the individual in search of a dollar threw the victim to the ground, police said. Two other people then appeared and rummaged through the victim’s pockets.

The three suspects then fled with victim’s backpack.