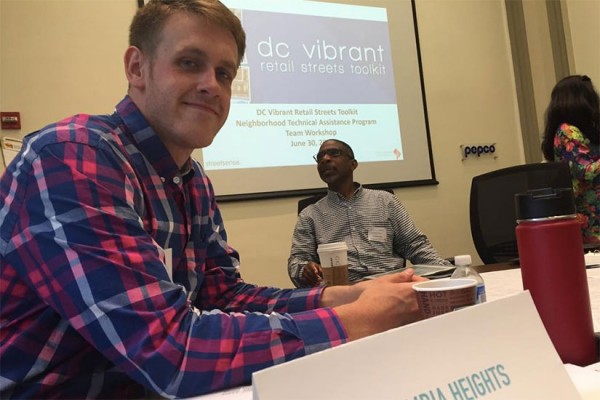 Patrick W. Flynn, a community leader in Columbia Heights, is set to step down today as one of the neighborhood’s ANC commissioners to devote more attention to his pet care company and avoid a potential conflict of interest.

Flynn, who owns Patrick’s Pet Care in D.C., is slated to resign at midnight from ANC 1A. He has represented the ANC 1A06, which is bounded roughly by Park Road and Irving, 14th and 11th streets NW, since 2012.

“The reasons for the resignation are several, but mostly relate to the growth of my business and a lack of time available to be an effective advocate for our neighborhood,” he said in an email to his neighbors. “The specific timing involves a new business opportunity in the neighborhood that will be forthcoming in the next few months that will require a vote by the ANC.”

Flynn told Borderstan his company is expanding. But he declined to elaborate. Patrick’s Pet Care, which opened in 2012, offers pet sitting, dog walking and other pet services.

After the vacancy for his seat appears in the D.C. Register on Nov. 20, locals who live in ANC 1A06 will have 21 days to file paperwork to run for his spot on the commission.