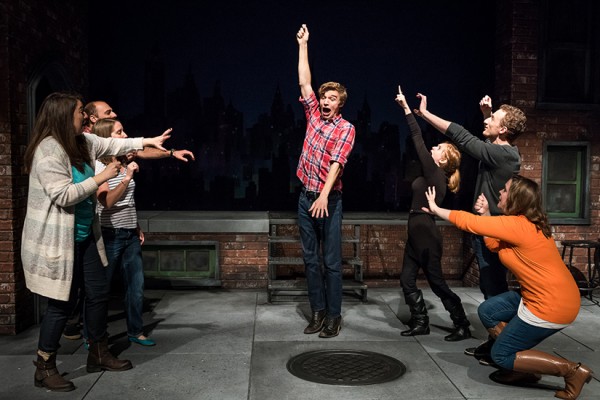 Thanksgiving is only a week away. A week. How’s that strike you? For us, it’s a rude awakening. So much to do! So much to buy! Just kidding. We’re eating out this Thanksgiving.

Instead of preparing, do this stuff:

The restaurant will offer a $19 prix fixe menu to celebrate the anniversary of the non-violent transition of power in Czechoslovakia in 1989.

The United States currently is deporting more people than ever before. In her book, Deported, author Tanya Golash-Boza tells the stories of indivdual 147 detainees. Hear her talk about it.

Improv teams Richie and Discoteca! will forge a longform improv show with nothing more than audience suggestions to aid them. This is a free event.

Professor Sujith Kumar will give a lecture on critically examining pop culture and in the adoption and valuation of modes of transportation — like biking.

This Grammy-nominated singer and performer from Seattle wrote and sang the hook on Macklemore’s and Ryan Lewis’ “Same Love,” but she’ll perform her own hits like “Secrets” during her show.

Four guitars, a bass and drums played by six friends who just want to be loud on stage.

Library staffers will set up games such as Pandemic, Apples to Apples, Clue and Scrabble in celebration of International Games Day.