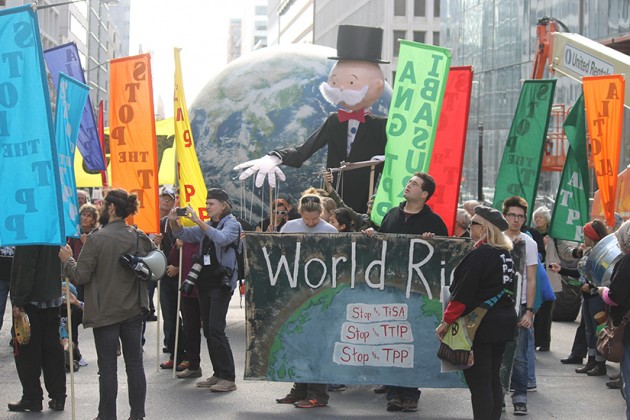 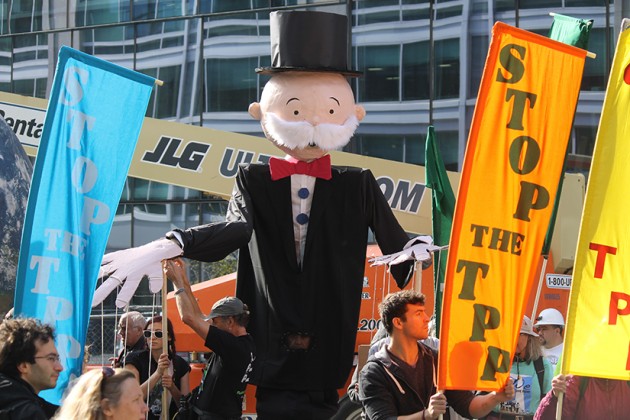 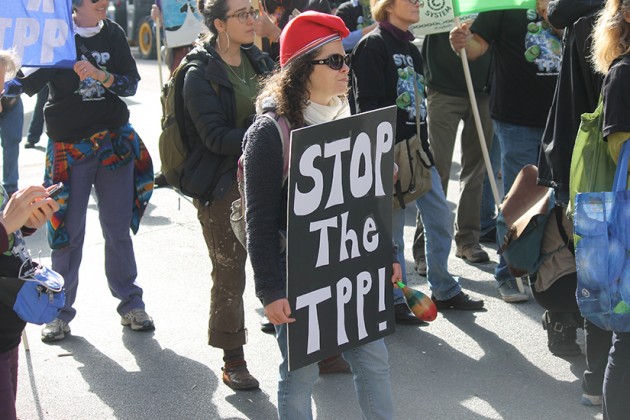 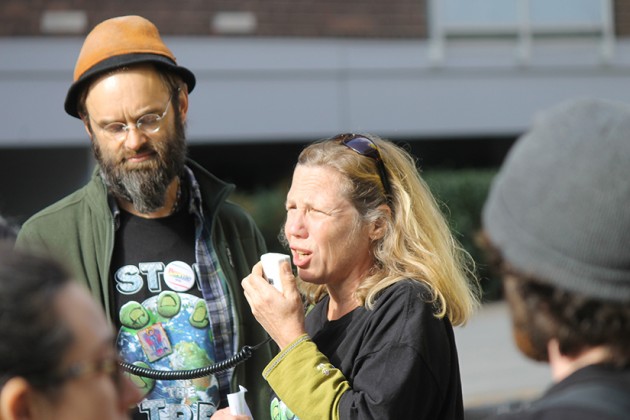 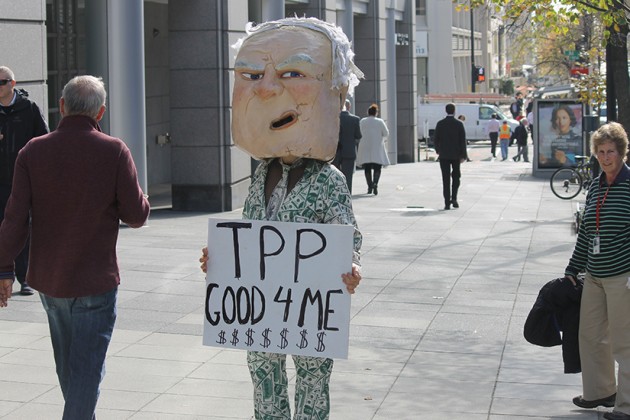 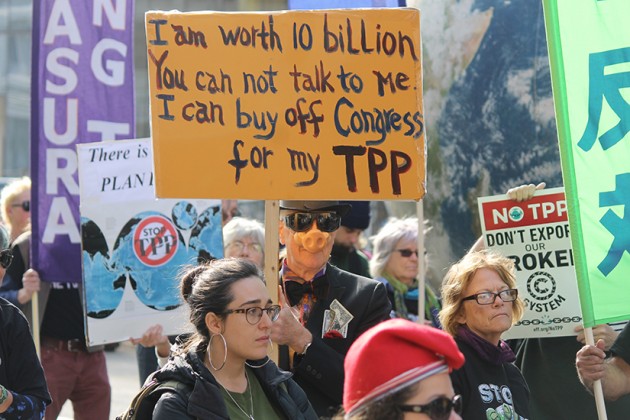 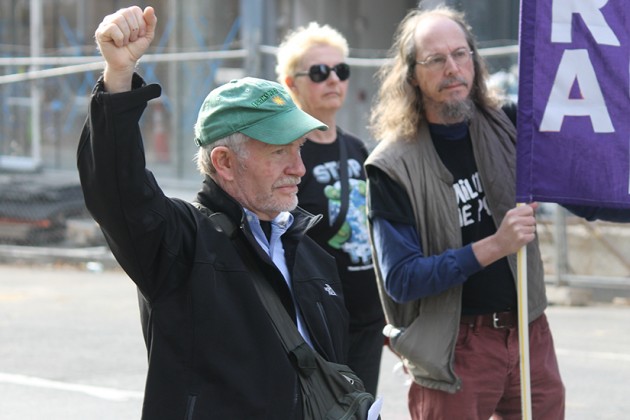 A crowd of people protesting the Trans-Pacific Partnership marched through parts of downtown and Dupont Circle this afternoon.

The Trans-Pacific Partnership, also known as “TPP,” is a free trade agreement among 12 Pacific Rim countries, including the U.S., Australia, Chile and Vietnam. Though the U.S. government says the agreement “will make it easier for American entrepreneurs, farmers, and small business owners to sell made-in-America products abroad,” some critics say the agreement widens the gap between the haves and the have-nots, among other concerns.

Marchers, some dressed in costumes and hoisting banners, beat drums and chanted “Stop the TPP!” on loudspeakers, which could be heard several blocks away.

Sadly, the protest was missing one of its iconic members. The protest llama seen across Instagram and Twitter last night was “too tired” to participate in today’s march, said one protestor.