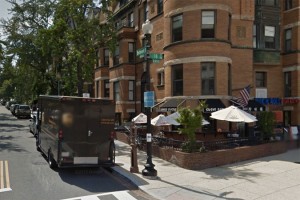 (Updated at 5 p.m.) A man was shot in Adams Morgan this afternoon, police said.

The shooting happened on the 1800 block of Belmont Road NW about 3:30 p.m. The block is between 18th Street and Columbia Road NW.

The victim was unconscious after the shooting, according to authorities. But it wasn’t immediately clear whether he was killed.

Police haven’t released a description of the shooter.