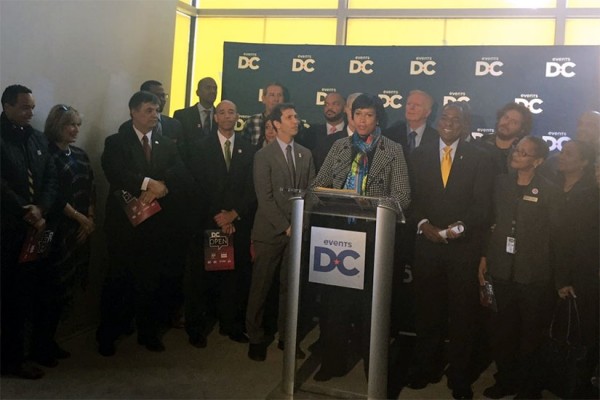 (Updated at 12:30 p.m.) A diner, a corner market and four other businesses are set to open in the Walter E. Washington Convention Center, Mayor Muriel Bowser announced today.

According to a news release, the businesses are:

·         Morris, a craft cocktail bar, featuring notable DC-based chef and restauranteur, Spike Mendelsohn.  This cocktail bar will be an expansion from their Sheppard concept which had its original location in Dupont Circle.

·         A Barbershop Concept that will relocate their pre-existing location in the Shaw neighborhood.

Construction is expected to begin next year for the businesses, which will fill up all of the convention center’s vacant, street-facing retail space.

“The realized potential of the convention center’s retail is yet another sign of DC’s economic vibrancy,” Bowser said in a statement. “I’m excited to see District-based businesses bring new services to residents and tourists in the Shaw neighborhood.”