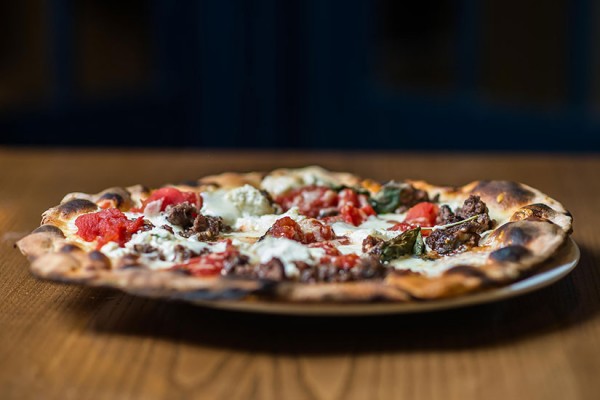 (Updated at 10:45 a.m.) A gourmet pizzeria focused on local and organic ingredients is slated to arrive near the U Street corridor with a side of American history within a few weeks, according to a new post on the restaurant’s website.

Declaration is scheduled to open at 807 V St. NW in the Atlantic Plumbing complex in “late December,” the eatery’s management team wrote in the update online yesterday.

Owned by restaurateur Alan G. Popovsky of the presidentially themed Lincoln and Teddy & the Bully Bar in D.C., Declaration will be a “farm-to-table” restaurant with ingredients from the “region’s most eco-friendly farms” as a tribute to the founding of the United States, according to the eatery’s website.

The food includes a meatball pizza called the “Roger Sherman” and a basil pesto pie dubbed the “Francis Hopkinson,” which are named after signers of the Declaration of Independence. The restaurant also will have beer, wine and cocktails, including an “Independence Mule” and a “Freedom Punch.”

“Many of our pizzas and fresh dishes pay tribute to the Revolutionary era and the spirit of 1776, including dishes named for our founding fathers,” Declaration’s management team wrote online. “Enjoy a little history with your meal!”