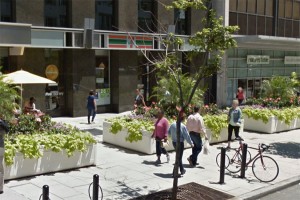 A man threatened another man with a box cutter in front of a 7-Eleven about three blocks south of the Dupont Circle park yesterday afternoon, police said.

The two men were arguing when one of them pulled out a box cutter, according to authorities. The man with the box cutter then called the other man “hot” and a “snitch,” police said.

Police arrested 41-year-old Lawrence Thomas in connection with the incident, according to authorities.

A lawyer for Thomas wasn’t immediately available to comment.