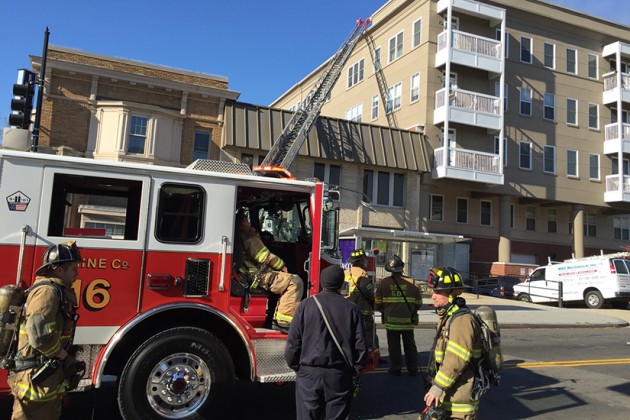 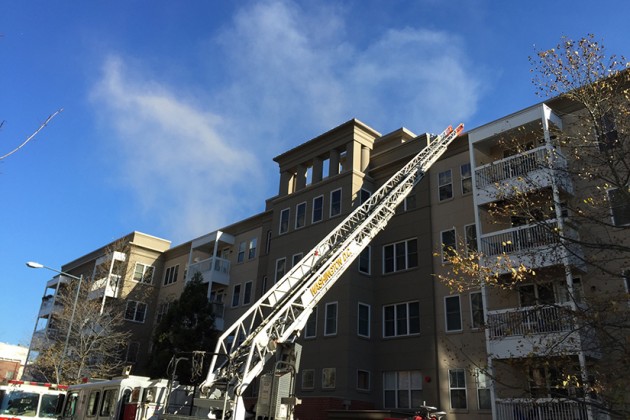 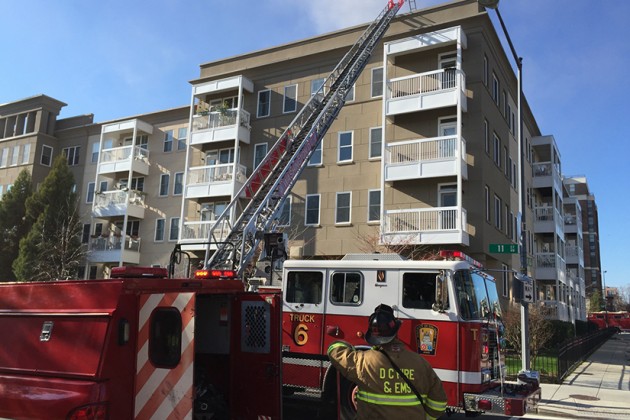 (Updated at 11:44 a.m.) Firefighters rushed to the scene of a two-alarm fire that broke out at a condominium complex near U Street earlier today.

Smoke could be seen pouring from the Lincoln Condominium at the intersection of 12th and V streets NW when firefighters first arrived around 10:30 this morning.

D.C. Fire and EMS spokesman Tim Wilson said there are no reported injuries related to the fire. The cause of the fire was not immediately clear but appears to have started on a balcony, Wilson added.

@dcfireems UPDATE: no inj or transports at this time. pic.twitter.com/OYsJnEAlZh

“I think everyone assumed it was another false alarm,” said Lincoln resident Patrick Coan, 36, who was sleeping when the blaze began.

Sarah Drabkin, 28, has lived in the building for six years and said she’d never seen anything like what occurred.

“It was the most terrifying thing,” Drabkin said. “I opened my curtains and there was a firefighter there.”