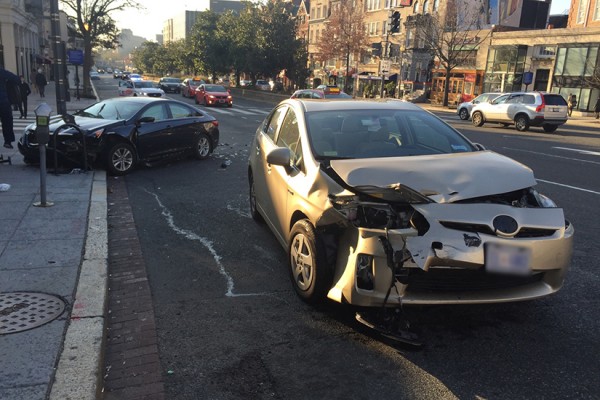 A crash involving two cars sent one person to the hospital and disrupted traffic in Dupont Circle earlier this morning.

Police said the car crash occurred around 7:45 a.m. Authorities tweeted that two northbound lanes on the 1700 block of Connecticut Avenue NW were closed and advised motorists to avoid the area if possible about a half hour later.

An officer on the scene said one person was transported to the hospital with non-life-threatening injuries. We were unable to reach a spokesperson for D.C. Fire and EMS to inquire about their exact condition.

This article will be updated as we know more.