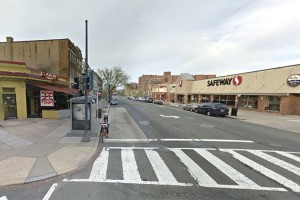 An assailant with a knife threatened to kill a man and his family during an encounter on an Adams Morgan street last night after the victim didn’t give the attacker money, police said.

The incident happened on the 1700 block of Columbia Road NW about 6:45 p.m. The block includes a Safeway, CVS Pharmacy and other retailers.

The victim was outside in the area when the attacker asked him for money, according to authorities. The man told the assailant he didn’t have any money.

“For that, I’m gonna kill you and your family,” the attacker said while flashing a knife, according to police.

The victim then ran toward the Columbia Heights Metro station and called police.