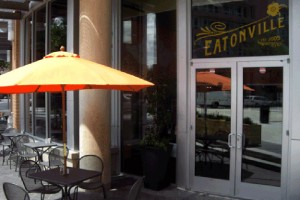 Eatonville’s days are numbered on the 14th Street corridor as its owner prepares to transform the Southern restaurant into a “new and exciting venue” early next year, a representative of the eatery announced yesterday.

According to a Facebook post titled “A New Chapter for Eatonville Restaurant,” the eatery at 2121 14th St. NW is set to close for a “makeover” in late January. Owner Andy Shallal then is slated to usher in a “fresh new menu, an extensive beverage program and our signature Food and Folklore series with guest chefs, authors and folklorists” in February, the post says.

Further details on the changes to the restaurant are expected to emerge in the coming weeks, the post adds.

“Eatonville is coming of age and ready to transform into a concept that will continue to honor its history and its value to the community,” according to the post.

Billed as the “premier Southern food restaurant in the city” on its Facebook page, Eatonville was founded in 2009 by Shallal, who also owns the nearby Busboys and Poets.