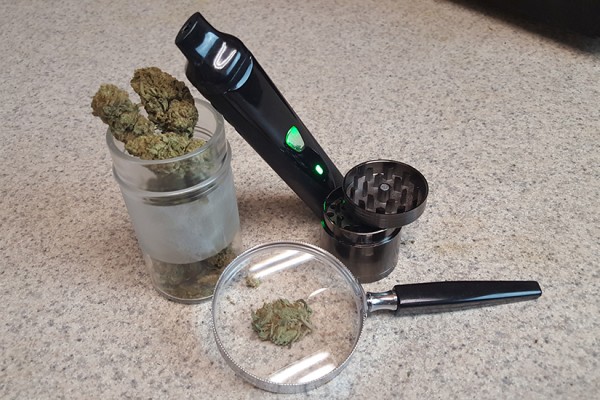 When marijuana was legalized in the District last year, many people rejoiced, but some with less smoking experience scratched their heads. “Weed is legal, great!” they might have mused. “But how do I grow it? Where do I find it? How do I smoke it?”

Just a few months ago, the answer to many of those questions was “just Google it,” or “I dunno man, go ask Adam at Capitol Hemp.” But the D.C. School of Mary Jane, a new educational business based in Columbia Heights, aims to change all that.

In a nutshell, the School of Mary Jane exists to teach you how to consume marijuana recreationally and safely. The company’s founder, Ryan (who asked us not to his last name for employment reasons) said his goal is to weed out falsities based on “decades upon decades of misinformation and stigma tied to marijuana.”

“This is a conversation that we need to be having,” Ryan said. “I suppose the class is one way of having it.”

Ryan, who has previously worked as a teacher, said that before launching his company, he took some time to seriously study kush.

“I spent about four or five months doing research, drawing from my own personal body of experience. We have a presentation that goes through the ins and outs of marijuana,” he said.

For about a hundred dollars, Ryan or another instructor will come to your D.C. residence with a pipe and a presentation. You are allowed to bring three friends. He will tell you how to consume weed, be it smoking, eating or vaping. He will share recommendations for acquiring it. He will also share the risks and benefits associated with marijuana use.

“The class is to say, this is what’s going on,” Ryan said. “This is what you’re putting into your body this is what it’s doing, and that this is a safe recreational drug to use.”

There are a few ground rules related to rule of law: Ryan will not teach on federal property. All participants must be 21 or older. And most importantly, Ryan will not provide the weed, but he will partake in friendly conversation and quiz you on your marijuana factoid knowledge.

“We had one bachelorette party where it was more of a party than a class,” Ryan recalled. “It’s fun to talk and see what people know and think.”

Since launching the business about a month ago, Ryan said the response has been overwhelmingly positive.

“The reception has been great,” he said. “We’re still young, but we’ve demoed a couple of classes so far. People are just interested. My inbox is swamped every day with questions.”

Though Ryan said he aims to make money, he added that main objective is to educate as many people as possible.

“When I started using marijuana recreationally about six or seven years ago… I didn’t know what I was putting in my body. It took years of traveling the country and abroad, years of experimentation, some of it costly, and not all of it pleasant,” he said. “I want to make a shortcut for people that I didn’t have and sidestep the mistakes that they may make, the unpleasant trips and the misinformation.”