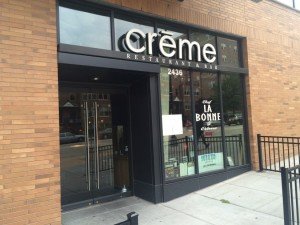 Though La Bonne closed its U Street NW location in May, Owner Daniel Labonne reopened the restaurant in pop-up form at Creme in June. That six-month partnership is coming to an end on Dec. 19, Ayalew said. Creme will remain open for business as usual, she added.