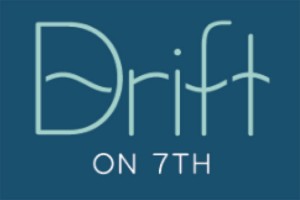 A type of catfish that is regarded as an invasive species in the Mid-Atlantic region is set to hit the grill of the reworked Fishnet in Shaw when it is expected to open in the coming weeks.

Blue catfish will join salmon, mussels, lobster and other seafood, along with hamburgers, on the menu of Drift on 7th, which is slated to open in the former Fishnet space at 1819 7th St. NW in January. Owner Ferhat Yalcin, who also owns Fishnet in College Park, will donate some of the proceeds from the catfish sales to The Wide Net Project, a nonprofit organization fighting against the invasive fish.

A Drift on 7th spokeswoman had more information on the menu in a news release today:

Other entrees include a rotating catch of the day, prepared and served simply to highlight the fish itself, in 6 to 8oz portions with a lemon wedge and a choice of side. Seafood staples are here as well in the form of fish and chips, Maine lobster roll, PEI mussels, and cedar plank salmon. The Pineland beef burger, also from Maine, offers a hearty land option.

Lobster bisque and seafood chowder make for warming starters. Hake, a cold-water fish similar to cod in its flakey texture, rounds out a shareable appetizer in calamari and hake tots (think fish sticks with a modern twist), as do crab cake sliders and grilled sardines served on sourdough with a black olive tapenade. Raw items include a ceviche with a spicy kick, raw shrimp cocktail with a custom sauce, and tuna tartar. All menu items will be $20 or less, making Draft an affordable choice to dine out a few times a week.

A bar with counter seating for 15 is prominently featured front and center of the restaurant. The cocktail menu will focus on rum based cocktails, some of which lean towards Tiki, and a batch cocktail for groups that want to get into a resort mood. The root beer float features Maine Root soda and vanilla ice cream with alcoholic, vanilla porter optional! Guests can also choose from eight beers on tap, and eight wines, four red and four white, by the glass or bottle.