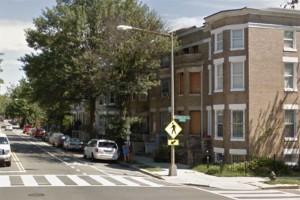 Someone used a metal bat against a student as he walked home from school in a possible gang-related attack yesterday afternoon, police said.

The assault happened on the 2700 block of 11th Street NW about 3:45 p.m. The area is about two blocks north of the Francis L. Cardozo Education Campus and a campus of the Duke Ellington School of the Arts. But it wasn’t clear if the student attended one of those schools.

The student was in the vicinity when the person with the bat and several other men or boys went up to him, according to authorities. Somebody soon asked the victim whether he was a member of the 18th Street gang, in an apparent reference to a criminal group that began in Los Angeles and has spread into the D.C. area.

The person with the bat then asked the student if he knew how they could find someone before pushing the victim down.

When the student fell, the attacker hit the victim on his hand with the bat and whipped him in the head with something wrapped in a plastic bag, police said. The assailant then fled in a car.

The victim declined medical treatment, according to authorities.