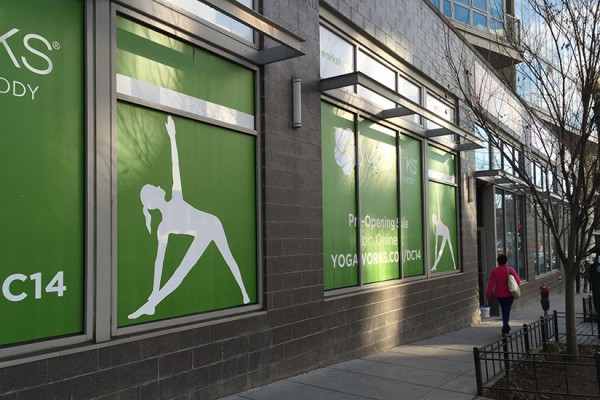 A yoga studio that aims to guide yogis of all fitness abilities is slated to open on the 14th Street corridor within months.

YogaWorks is expected to begin classes “for everyone” in “early 2016” at 2303 1/2 14th St. NW, near Florida Avenue NW, according to its website. Signage recently went up at the address announcing its upcoming arrival.

Memberships will cost $115 per month. But the studio is offering memberships of $75 per month online before it opens.

Founded in Santa Monica, Calif., in 1987, YogaWorks has locations throughout California, as well as New York and Boston.

“We’re here to honor and empower your journey toward personal growth and well-being,” the YogaWorks website says. “Our programs remain authentic to ancient yoga tradition while tackling modern challenges. No matter your age or fitness level, we offer yoga that will work for you.”