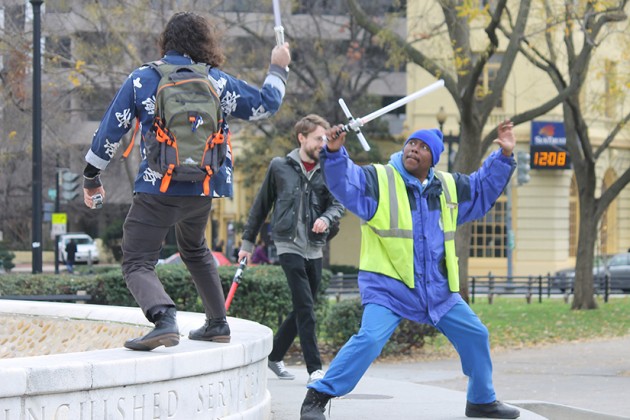 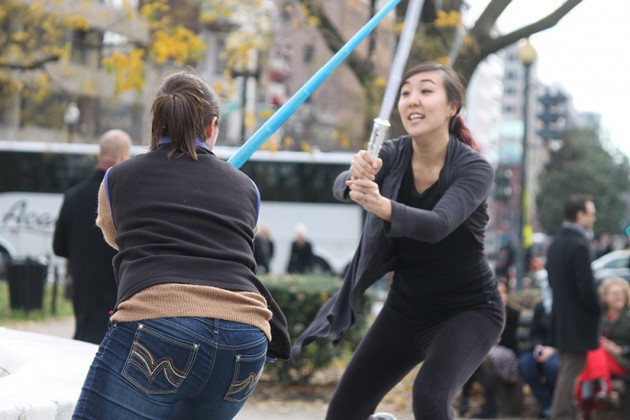 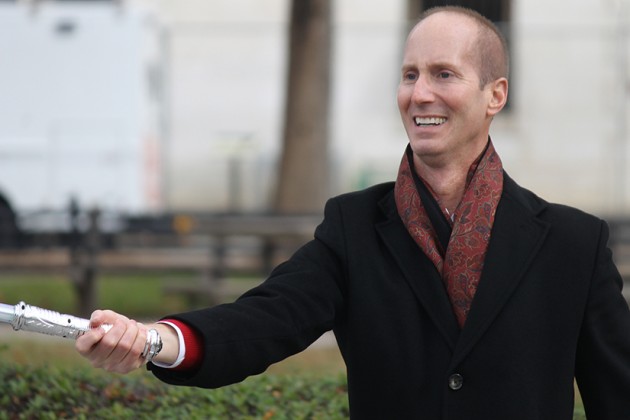 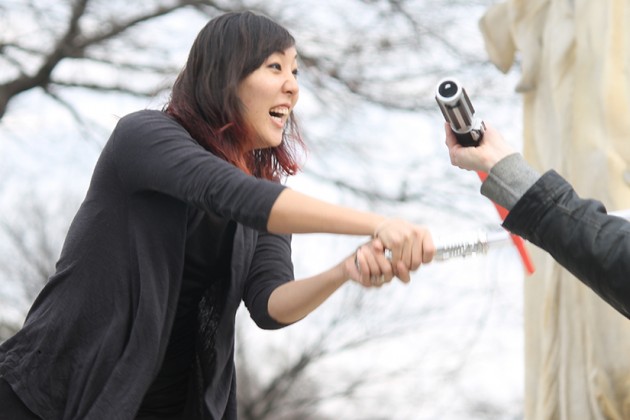 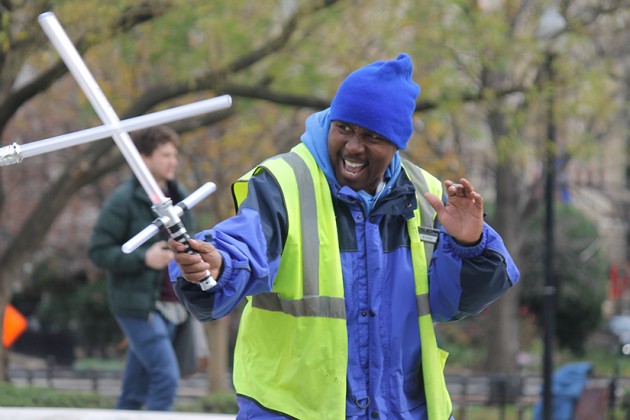 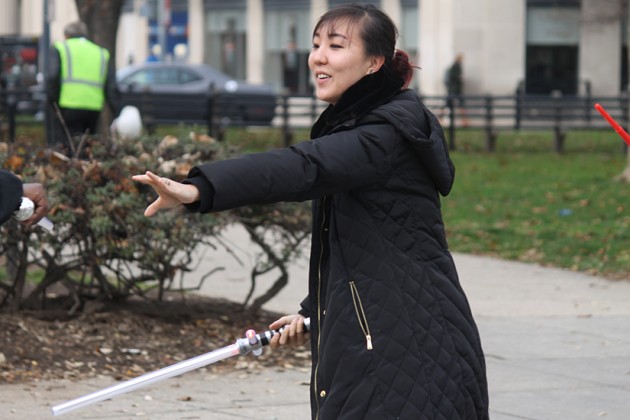 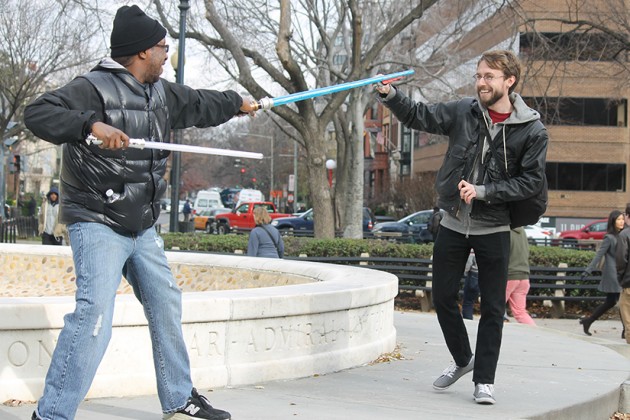 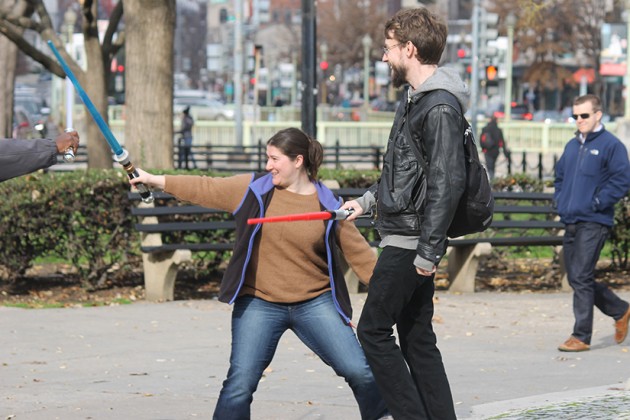 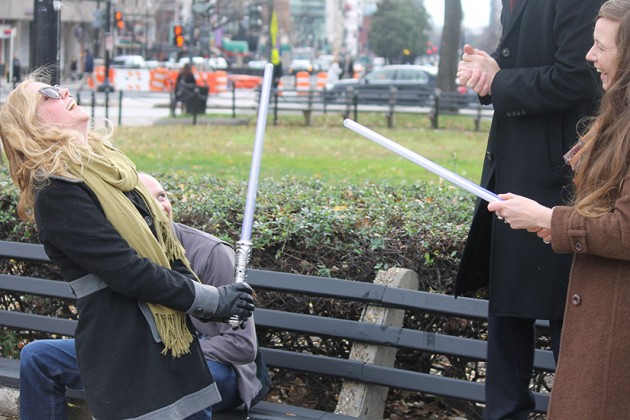 The sound of clashing lightsabers could be heard in Dupont Circle around noon today. But it wasn’t the start of an intergalactic battle, it was a flash mob jointly organized by Historic Dupont Circle Main Streets and Fantom Comics.

A crowd of about a dozen people swung sabers and attempted to use the force on each other during the melee.

ALERT: THERE IS A LIGHTSABER DUEL IN DUPONT CIRCLE pic.twitter.com/M3PgOO4hWn

Some onlookers gawked and laughed. Others joined the fight with borrowed sabers. Though the battle raged on for nearly 15 minutes, miraculously, no lives were lost.