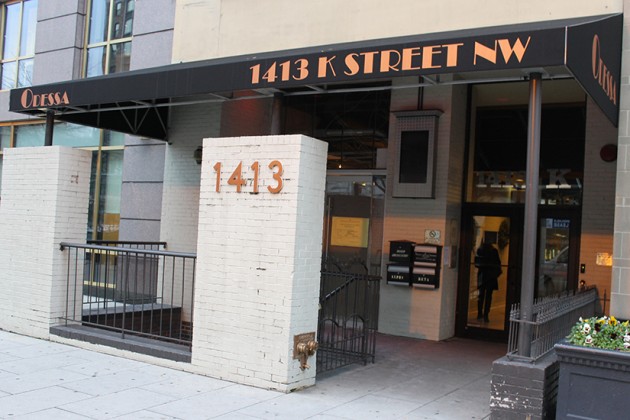 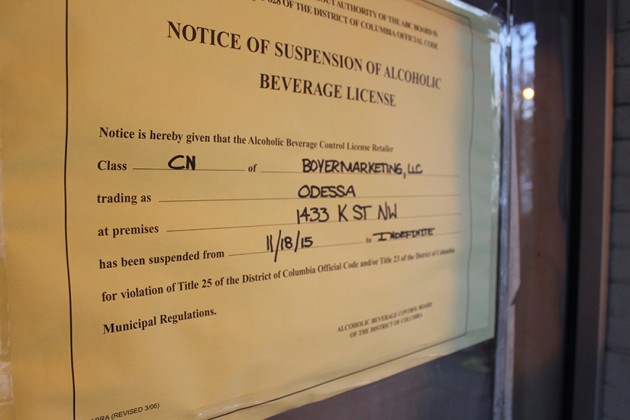 “Odessa had no authority to operate and sell, serve, or permit the consumption of alcohol on the premises between May 2015 and November 1, 2015, which merits a finding of unfitness,” reads the order.

If the ABC board finds Odessa violated D.C. alcohol code, its punishment could range from simply denying Odessa’s application to “ordering the denial of any renewal application filed by Mr. Laoesebikan related to his manager’s license for a period of up to ten years.”

It was unclear how — or if — the impending hearing affected Odessa’s planned opening. Despite repeated requests for comment, we could not reach Laoesebikan, his lawyer or a representative for Odessa.

We were able to reach Odessa’s former public relations representative, Victoria Michael. But she told us that Odessa’s investors had cancelled the lounge’s PR contracts earlier this month.

A contractor spotted at the space earlier today said he didn’t know whether it would open. But he continued to work anyway.