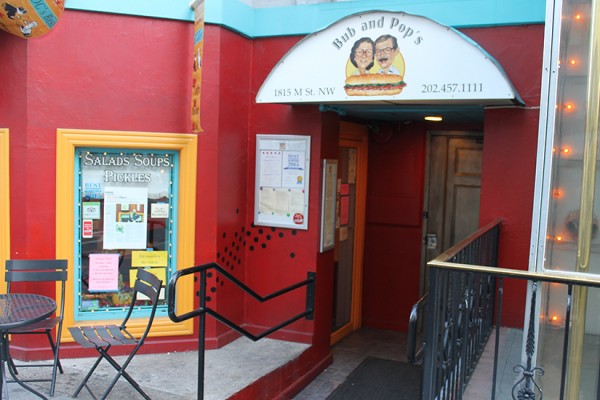 (Updated at 11:15 a.m.) Bub and Pop’s in Dupont will shut down temporarily after a son of a co-owner and brother of the eatery’s chef was killed in a suicide attack in Afghanistan.

The sandwich shop at 1815 M St. NW, which received a visit from Food Network star Guy Fieri in October, won’t open until Monday following the death of Staff Sgt. Peter Taub. He is the son of co-owner Arlene Wagner and brother of the eatery’s chef, Jon Taub.

“My son, Chef Jon’s brother, Staff Sargeant Peter Taub was one of six killed yesterday in Afghanistan,” Wagner posted on Facebook this morning. “The restaurant is closed for the rest of this week.”

A suicide bomber on a motorcycle killed the six people near the U.S. base in the Bagram district of northern Parwan province yesterday while they were patrolling area, according to CNN.

“We are just in shock and devastated,” Wagner told Borderstan. “He was on a very dangerous mission to [ensure] the safety of other military.”