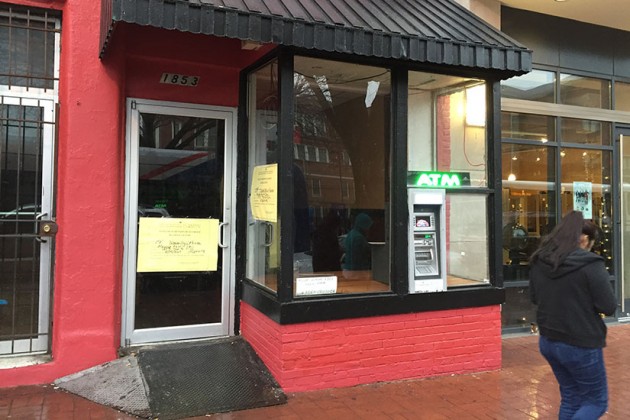 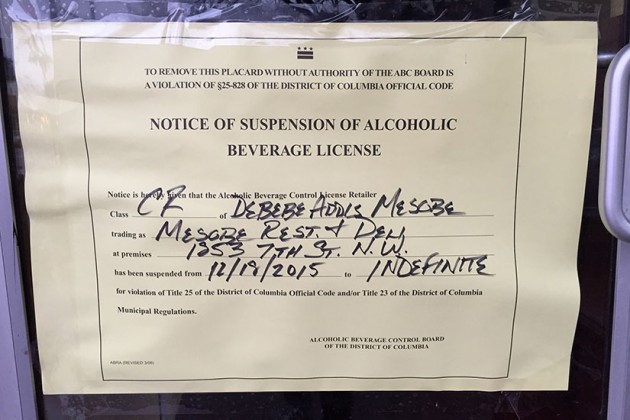 A Shaw bar can’t serve alcohol until at least next month after police said a manager punched a customer and hit another one with a bottle.

Oove lounge at 1853 7th St. NW will have the liquor license it has used through Mesobe Restaurant suspended until at least Jan. 6, when the D.C. Alcoholic Beverage Control Board is scheduled to hold a hearing on the brawl. The bar hasn’t opened since Dec. 14.

D.C. Police Chief Cathy Lanier told the ABC board she closed Oove that day for posing “an imminent danger to the health and safety of the public.”

“I would be remiss in my duties if l did not address the concerns and the safety of the citizens of the District of Columbia following this altercation that ultimately resulted in a citizen being injured by an employee of your establishment,” Lanier wrote in a letter to Mesobe owner Addis Debebe. “It is also my belief that there is no other immediately available measure to ameliorate the danger that your establishment presents to the public.”

The manager, whose identity wasn’t immediately clear, was arguing with two customers outside the bar about 3:30 a.m. Dec. 13, police said. During the fight, he punched one of the customers in the face and hit the other patron in the head with a bottle he got from inside.

The customer hit with the bottle received a large cut and was brought to a hospital, according to authorities.

Police have made an arrest in connection with the attack.

Neither a representative of Oove nor Mesobe was immediately available to comment.