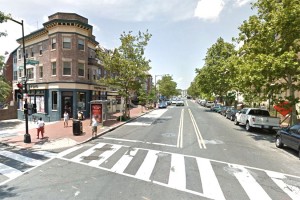 A man was stabbed in the leg in Mount Pleasant early this morning, police said.

The stabbing happened on the 3100 block of Mount Pleasant Street NW about 12:30 a.m.

The victim was arguing with a man when he pulled out a small knife, according to authorities. The man with the knife then stabbed the victim in the leg before fleeing.

The argument began when the man with the knife asked the victim for change for a $20 bill.

more stories
Previous
Where to Eat During Winter Restaurant Week, by Neighborhood
Next
Borderstan Brief