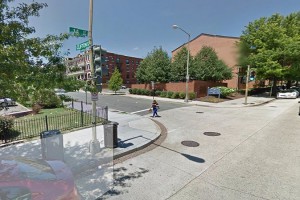 Someone was shot in an “an upper extremity” in Columbia Heights early this morning, police said.

The victim was brought to a local hospital in stable condition, according to authorities.

Police haven’t released a description of a suspect.

more stories
Previous
What to Expect Around Town This Weekend (Jan. 1-3)
Next
Police Reopen Streets Downtown After Shooting Investigation