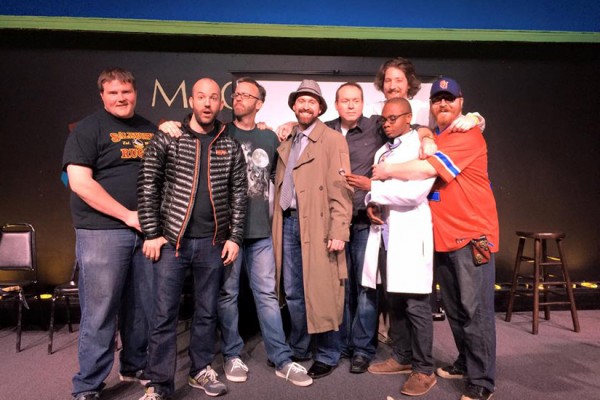 Start the year off right with these events, which were freshly culled from our events calendar and from across the web:

The Last Laugh is a “murder mystery comedy show” in which a celebrity comedian’s roast turns into an interactive murder case. During the show, audience members will work with performers to find out who committed the comedic crime.

The hip hop group famous for hits like “Thuggish Ruggish Bone” will take the stage at The Howard Theatre.

One man, one time-traveling airship, laser beams and lots of fog during this event described as an action/adventure comedy with “a twist of paranormal and a touch of political humor.”

U Street Music Hall co-owner Will Eastman and DJ Ozker will pay tribute to electronic music duo Daft Punk and French house music in general during this event.

Could an event called “Fresh to Death” be anything other than a tribute to 90s hip hop? DJs Carrie Nation and Jennder will lead attendees through an aural journey from the past.

A certified yoga instructor will lead attendees through several poses that are suitable for any experience level. Attendees must bring their own mat and towel.