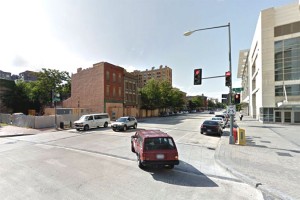 A man with a gun threatened to kill two men during a robbery in Shaw early yesterday morning, police said.

The armed robbery happened on the 1100 block of 9th Street NW about 1 a.m. Sunday. The area is just west of the Walter E. Washington Convention Center.

The gun-wielding man’s accomplice eventually went through the victims’ pockets, grabbing iPhones, cash and other items.

The robbers then fled.

An Uber driver also stole a woman’s iPhone in Shaw after a dispute over the cost of a ride on New Year’s Day, police said.

The incident occurred on the 900 block of R Street NW about 4 a.m. Friday.

The woman had arrived at 9th and R streets NW from Dupont Circle when she began to argue with the driver over the cost of her trip, according to authorities. She and the driver then exited the car.

Once outside, the driver snatched the woman’s cellphone from her hand, hopped back into the car and drove away.

Police haven’t released a description of the driver, but said the individual had a black Honda.