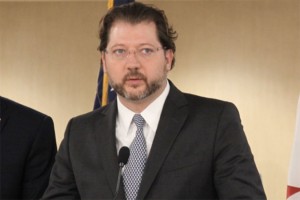 At-Large Councilmember David Grosso has waded into a heated debate over the National Zoo’s new, shortened hours, calling on the leader of the zoological park to bring back its old opening and closing times.

Some D.C. residents are petitioning for the return of the old hours. But zoo officials haven’t budged on the new opening and closing times, saying the old hours posed a safety risk to pedestrians who shared the same paths as zoo vehicles when it was dark.

“The former zoo hours provided residents with ample opportunity to enjoy early morning and late afternoon walks, jogs, and other fitness activities,” Grosso wrote. “I understand that the change was made based on your concerns about future safety incidences; however, it is unclear what data was relied upon to support this decision.”

Despite the outcry from some locals about the new hours, not everyone is particularly upset by the change.

In an extremely unscientific poll we conducted last month, about 40 percent of respondents said the zoo should open at 6 a.m., roughly the same percentage of people who said they didn’t care because they’d be asleep either way.