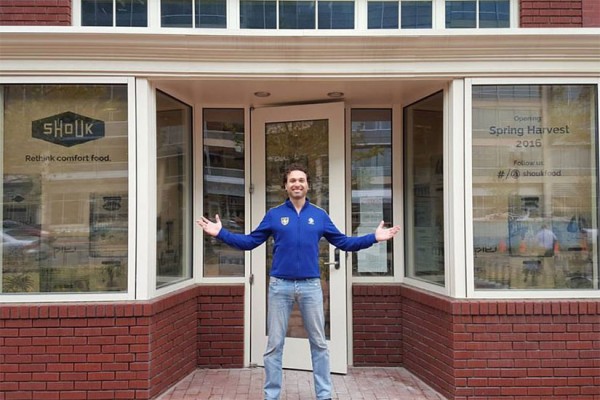 A fast-casual restaurant with booze and Middle Eastern- and Mediterranean- inspired “comfort food” is set to arrive in Mount Vernon Triangle in the coming months.

Shouk is slated to open at 655 K St. NW this spring with food that has “a dash of personality,” according to its Facebook page. The eatery also is working to obtain a liquor license in time for its debut, a D.C. Alcoholic Beverage Regulation Administration notice published this week shows.

The restaurant, which will have indoor and outdoor seating, doesn’t have a menu out yet. But Shouk bills itself on Twitter as “a new fast casual restaurant that rethinks comfort food.”