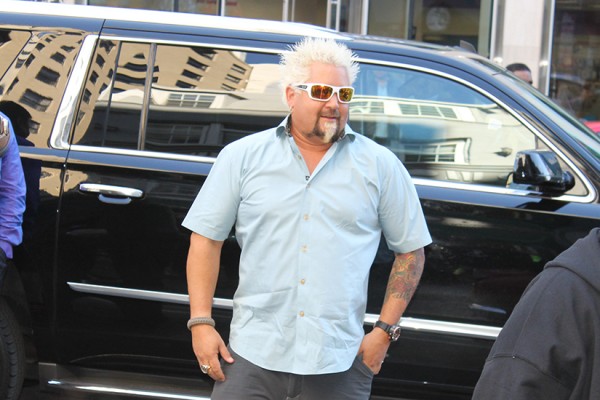 How Your Ward’s Councilmember Voted on Pot Club Ban — Councilmembers Brianne Nadeau of Ward 1 and Jack Evans of Ward 2 voted against a ban that bars marijuana use in places deemed private clubs, while Councilmember Charles Allen of Ward 6 voted for the prohibition. “I don’t know if it would have been as catastrophic as people say,” Evans said. [Washington Post]

When to See Bub and Pop’s on ‘Triple D’ — Bub and Pop’s in Dupont will make its debut on “Diners, Drive-ins and Dives” on Jan. 22 at 10 p.m. The show’s host, Guy Fieri, was filmed chowing down on “The Jewish Hoagie” and “The Roast Pork” sandwiches during his visit to the eatery in October. [Facebook/Bub and Pop’s]

Seasonal Pantry in Shaw to Close — Seasonal Pantry, the Shaw supper club from chef Dan O’Brien, is slated to shut down in April after five years in operation. O’Brien is moving to Colorado to work at Breckenridge Distillery. [Washingtonian]

Shaw’s Transformation — WTOP takes a look at how Shaw is becoming “one of the District’s most desirable destinations — especially for small retailers and the city’s creative class.” [WTOP]