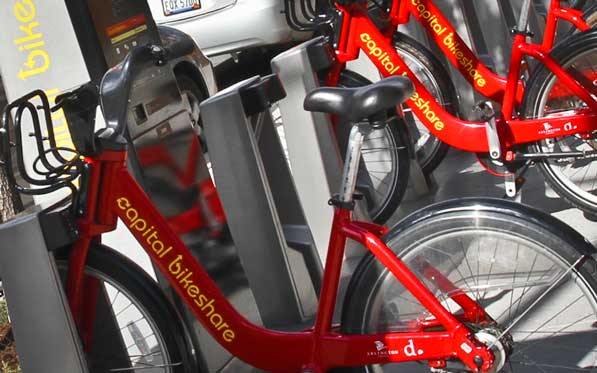 Some of the District’s most popular Capital Bikeshare stations might be in your backyard.

The bike rental program shared its top 10 list of busiest stations yesterday. According to Bikeshare, more than 3.2 million people cycled through its service in 2015, its busiest year to date.

Where did riders frequently hop on? The two most popular stations last year were Columbus Circle/Union Station and the Lincoln Memorial, Bikeshare said. The stations at Massachusetts Avenue NW and Dupont Circle, Jefferson Drive and 14th Street NW and 15th and P streets NW followed close behind.

Bikeshare also noted that the station at Thomas Circle was its “most used station for transferring bikes being rebalanced back to empty stations,” and coined a clever nickname for the station at New Hampshire Avenue and T Street NW: the “monster.”