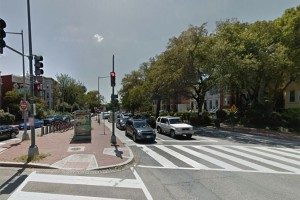 A man pistol-whipped a woman whom he threatened to shoot during an attempted robbery in Shaw last night, police said.

The encounter occurred on the 1200 block of New Jersey Avenue NW about 8 p.m. Tuesday. The area is about a block west of the New York Avenue playground.

The victim was in the vicinity when three men approached her, according to authorities.

“Give us everything or I’ll shoot you in the face,” one of the men said while flashing a handgun, according to police.

But the woman wouldn’t give up her belongings, and the man hit her with his gun three times in the back of her head.

Someone then came to the victim’s aid, causing the men to flee, authorities said.

Police issued this alert after the attempted robbery: