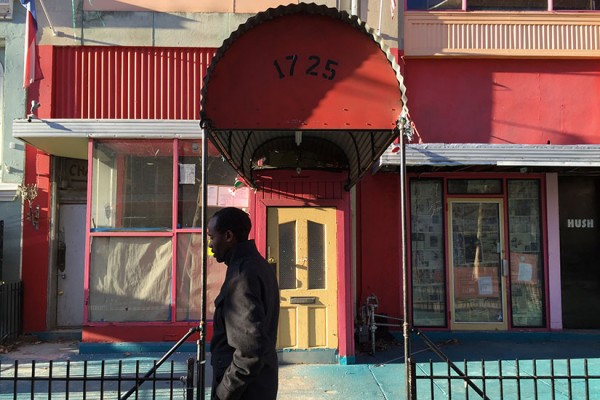 Plans to open an Italian restaurant in Adams Morgan received a frosty reception yesterday from some locals worried about noise and other disturbances.

About a half dozen residents at an ANC 1C meeting last night expressed concern that Villa Tuscana (1725 Columbia Road NW) would be a nightclub, masquerading as an Italian restaurant. The eatery this spring is set to occupy the former Chief Ike’s Mambo Room, known for live music and dance parties before it closed in March after almost 25 years in business.

Although Villa Tuscana owner Jose Davio La Rios has requested permission for live entertainment after midnight, he told Borderstan today his restaurant won’t be a nightclub and won’t have “too much entertainment.” The eatery’s neighbors don’t have to worry about late-night noise, he said.

Stephen McKevitt, who lives on Columbia Road, said at the ANC meeting that his experience with Chief Ike’s has made him leery of the live entertainment endorsement sought by Villa Tuscana’s owner.

“We did have trouble with Chief Ike’s,” said McKevitt, a 65-year-old retiree.

ANC commissioner Billy Simpson, whose district includes the future home of Villa Tuscana, said he has received reassurances from the restaurant’s owner that it won’t be a nightclub. But Simpson said he is working on an agreement with the owner to try to limit live entertainment at the restaurant.

“He said reassuring things about their intentions to operate a bona fide Italian restaurant,” Simpson said. “That’s good to hear.”