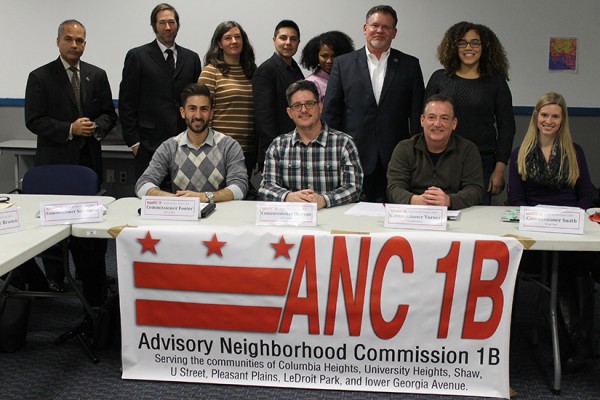 Driver Plows Through Shaw Metro Sign — A driver crashed a car and knocked over a Shaw-Howard Metro station sign last night. Police told us this morning that a man was arrested shortly after the collision. The man, whom police have yet to identify, was “traveling at a high rate of speed and violating multiple traffic laws,” according to a police report. He crashed when police tried to stop him. [Twitter]

Dupont’s Patterson House Becoming Luxury Rentals — Wondering what all that construction near Dupont Circle is about? Here’s your answer: Work is underway to transform the the historic Dupont Circle mansion into 93 luxury studio apartments. [Washington Post]

Look Inside Kinship –Take a look inside Kinship, Eric Ziebold’s trendy new eatery across the street from the Convention Center in Shaw. [Washingtonian]

Beer ‘n’ Barbecue — Barbecue food truck Sloppy Mama’s will pop up at Sauf Haus on Friday nights this month and next. [Eater]

Pocket Park Peek — Take a sneak peek at how the new development at 965 Florida Avenue — including its forthcoming pocket park and safer street layout — will look. [Greater Greater Washington]

Return of the Kush — The Kush Gods are back. The embattled pot dealers famous for doling out weed edibles were spotted cruising through Logan Circle yesterday. [DCist]