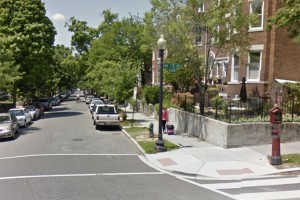 (Updated at 4:35 p.m.) A would-be thief appeared to have some sympathy for a woman he and an accomplice tried to rob in Mount Pleasant yesterday.

During the attempted robbery last night, the man’s partner knocked the woman down while trying to grab her purse, police said. The man then asked her if she needed help getting up. But she declined the assistance.

The incident happened about 8:45 p.m. on the 1700 block of Kilbourne Place NW, roughly a block west of Mount Pleasant Street NW, according to authorities.

Police released this description of one of the suspects:

Authorities didn’t have a description of the other suspect.