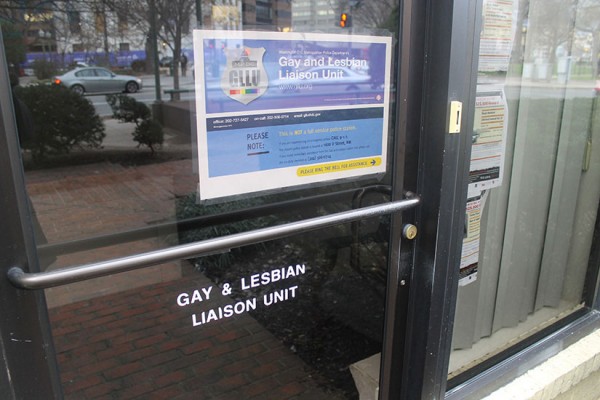 The Metropolitan Police Department has a message for LGBT locals: Hate crimes against transgender and bisexual citizens aren’t ignored in D.C.

In an attempt to be “inclusive of all members of the LGBT community,” MPD is changing the name of its Dupont-based Gay and Lesbian Liaison Unit to the Lesbian, Gay, Bisexual and Transgender Liaison Unit, the police department announced yesterday.

“This name change will be recognizable to all members of the LGBT community seeking assistance from the Metropolitan Police Department,” an MPD statement says.

MPD’s website describes the liaison unit at 1369-A Connecticut Ave. NW as “a team of dedicated officers that focuses on the public safety needs of the gay, lesbian, bisexual, transgender and their allied communities.”

They conduct public education campaigns on issues related to hate crimes and public safety. Their primary focus is to gain the trust of the community and seek out information that leads to the closure of hate crime and violent crime within the GLBT community. They conduct patrol functions and respond to all citizen complaints.

more stories
Previous
Borderstan Brief
Next
POLL: Would You Like the Obamas to Live in Your Neighborhood?