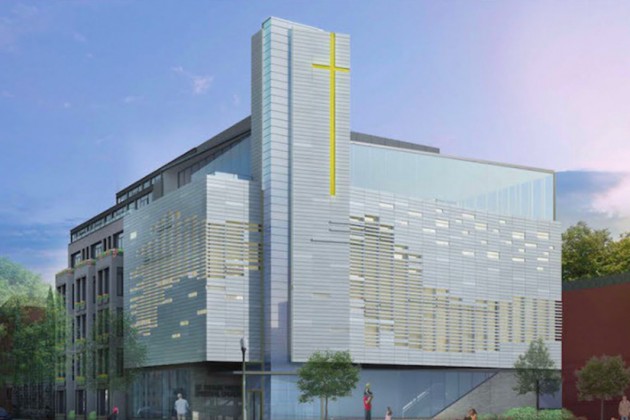 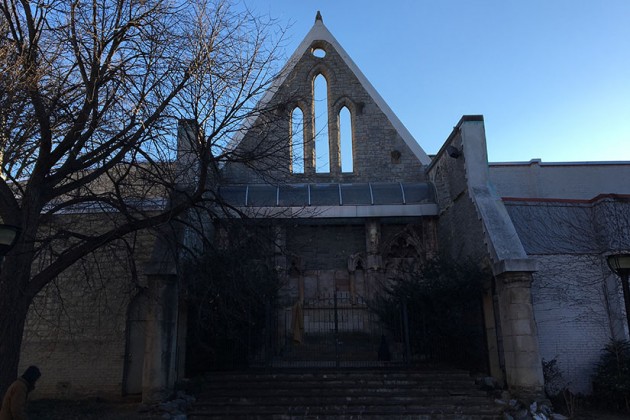 D.C.’s Board of Zoning Adjustment (BZA) voted unanimously to approve developer CAS Riegler’s request for a zoning variance during its meeting yesterday. The developer sought permission to construct its planned seven-story building on 86.7 percent of the lot as opposed to the usual maximum limit of 80 percent.

Though neighbors and developers have previously clashed over the proposed height of the development and the loss of green space, the Historic Preservation Review Board in July voted to approve the project. Yesterday’s BZA vote is yet another hurdle the developer has cleared since taking on the project roughly two years ago.

“I was actually a little torn,” said BZA board member Frederick Hill during the meeting. “This went on for a long time with us and there were a lot of people that were on both sides. … I could understand why I wouldn’t want something this large at the end of that block.”

But the vote to approve came easier for board member Peter May.

“I was not particularly torn in this circumstance,” May said. “I can certainly appreciate the concerns of the neighbors regarding the height and bulk of the building. It is different from the rest of the block, however it is consistent with the zone,” he added.

May said that, although he heard from many neighbors regarding the building’s height, he found “almost nothing that actually specifically relates to lot occupancy, which is where the relief is requested.”

“I’m also, frankly, a little bit disappointed,” May said. “We often hear from neighbors of projects who are unhappy with changes in the status quo, but I saw precious little appreciation from the neighbors for the 45 years that they had for this public park.”

Dupont Circle’s ANC 2B voted to reject supporting the zoning variance last month. Among the ANC’s chief concerns was the enforceability of a type of contract called a memorandum of understanding (MOU) that the developer sought to strike with neighbors. According to ANC 2B, the MOU — which would have set rules for issues like construction noise limits and dust — was not enforceable and therefore not worth brokering.

But the ANC “tilted at windmills” in its decision to reject supporting the zoning variance and the MOU, according to Greater Greater Washington’s David Alpert.

“Neighborhoods engage most successfully with development when they identify concrete elements they care about and advocate for those,” Alpert wrote. “To simply draw lines in the sand and refuse to budge from them, even when the conflict has moved far beyond that line, is ineffective and gives up the chance of actually helping neighbors.”