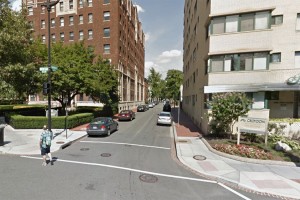 A man fought off two men with stun guns who may have wanted to rob him in Dupont Circle just after midnight today.

The attack happened on the 1600 block of Swann Street NW about 12:30 a.m., police said. The block is in a residential area just east of the S Street Dog Park.

The victim was in the vicinity when two men came up to him from behind, according to authorities. They then pushed the man to the ground.

With Tasers drawn, the men held down the victim. But he was able to repel them. They then fled.

The man received minor injuries in the assault, which police initially classified as an attempted robbery. It wasn’t immediately clear whether the assailants tried to rob him during the attack.