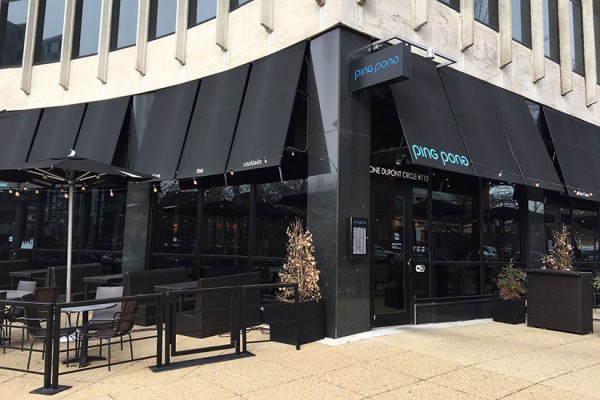 (Updated at 3:55 p.m.) Dupont Circle is losing a major purveyor of Asian dumplings.

Ping Pong Dim Sum at 1 Dupont Circle NW is set to close Monday in order to relocate to another location, several employees at the store told Borderstan today. Though the workers couldn’t say exactly where the restaurant would reopen, they said it would likely not be in the District.

Opened in 2011, the Dupont restaurant was the second Ping Pong outpost in the United States, as well as D.C. The London-based chain also has a location in Chinatown at 900 7th St. NW.