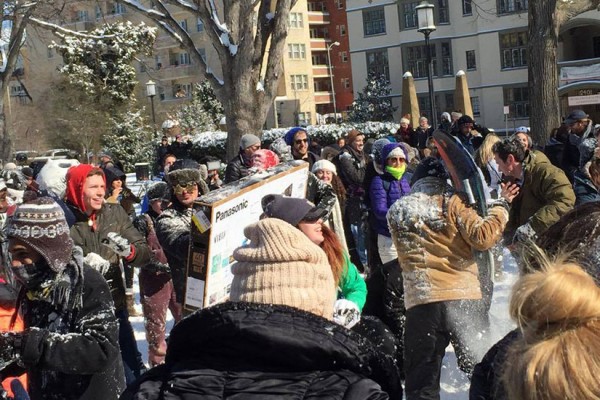 From the Showdown organizers:

Come to the top of Malcom X/Meridian Hill Park and bring all your battle gear. This will be an all out showdown, winner take all.

There’s talk in the news that Saturday afternoon will have insane winds. So this may move to Sunday. I’ll keep everyone posted.

Form your alliances and plan your attack. First shot will be at noon.

From the SNOW WARS organizers:

We’re big Star Wars fans, and if you are too, bring your outfits and get into character as you engage with Storm Troopers, Jedi, Vader and maybe even some Ewoks! We also welcome Trekkies and other space-themed combatants (think Guardians of Galaxy, The Martian, and as an homage to Bowie, some Ziggy Stardusts as well!).

Then join us at Ping Pong – Chinatown for the official after party (time TBA), where the best Snow Wars outfitted-snowballers can redeem the food & drink vouchers that we’ll be giving out!

We also hope you can sign up for the DC Snow Team and help seniors and people with disabilities to shovel their sidewalks over the weekend! Post a photo of yourselves doing the shoveling on our Facebook page, Twitter, or Instagram with the #DCSFA, show it to the DCSFA reps or Ping Pong staff – and you’ll get a DCSFA T-shirt – the first new DSCFA swag since 2010.

During “Snowmaggedon” in 2010, hundreds of locals showed up to the Meridian Hill Park to hurl snowballs at each other, according to the New Columbia Heights blog, which first noted the fight this weekend at the park.