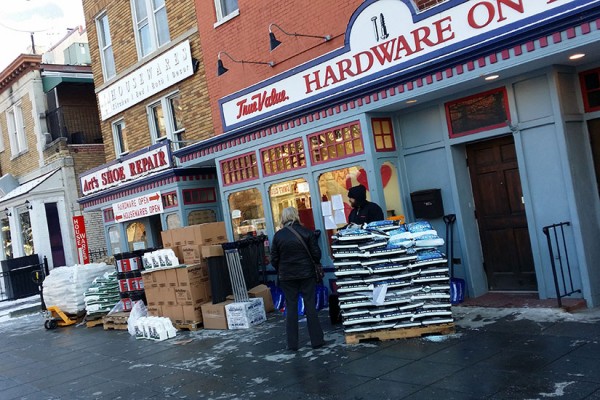 (Updated at 10:55 a.m.) Mayor Muriel Bowser this morning issued a state of emergency and a snow emergency for the U Street corridor area and the rest of the District in advance of a potentially historic snowstorm that is set to arrive tomorrow.

More than a foot of snow could fall in D.C. over the next few days, according to the National Weather Service. The District is under a blizzard watch from Friday afternoon to Saturday night.

Under the state of emergency, the District is able to access federal resources to help with the snow. With the snow emergency, locals with cars parked along snow routes must move them by 9:30 a.m. tomorrow, or get fined and towed.

“We’re preparing for a blizzard,” she said at a news conference. “I’ve lived in D.C. most of my life, and I don’t know that I’ve lived [here for] a forecast like this. It’s an extremely large storm.”