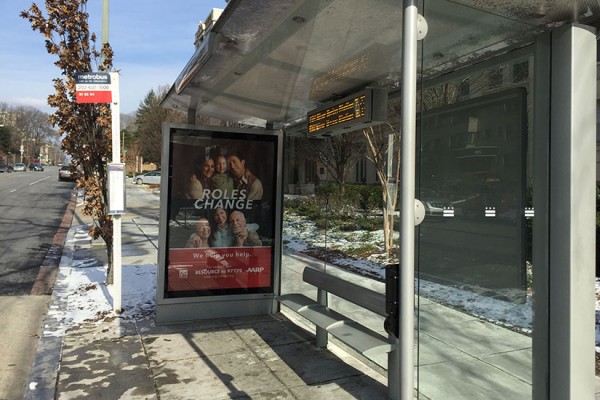 The District Department of Transportation is looking to remove eight bus stops on 16th Street NW in an effort to speed up commutes for public transit users along the corridor.

Megan Kanagy, a DDOT transportation planner, announced yesterday at a community meeting that the agency has recommended the elimination of S1, S2 and S4 stops at:

By cutting the stops, buses save about 60 to 90 seconds of travel time on their routes, Kanagy said.

“That may not sound like a lot, and I understand that,” she said. “But I just want to make sure people understand that when you multiply that by 20,000 people a day who are riding that bus, it can really add up.”

Condo owners near V and 16th streets last fall urged the agency not to get rid of the stops at the intersection. And someone this week started a petition that calls on DDOT to keep the stops in place. It has garnered more than 130 supporters.

“16th St. already has an express line, the S9, for riders who prefer faster trips with fewer stops,” the petition says. “In addition, the time saving that DDOT projects from eliminating bus stops is minimal (1 to 1.3 minutes), while the inconvenience for older and disabled riders would be significant.”

Kanagy emphasized throughout the meeting that the bus stop cuts, along with the addition of dedicated 16th Street bus lanes, aren’t happening immediately. The Washington Metropolitan Area Transit Authority still has to review DDOT’s recommendations, she noted.

“This is the conclusion of the planning phase,” Kanagy said. “But we’re not going out and re-striping tomorrow. We have lots of thinking and design work to do.”

more stories
Previous
First Snowflakes Fall on U Street Corridor
Next
What to Expect Around Town This (Snowy) Weekend (Jan. 23-24)