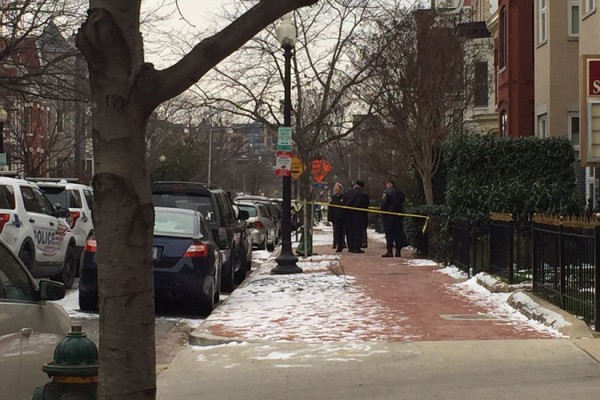 The shooting happened on the 400 block of M Street NW about 10 a.m. The area is about three blocks east of the Walter E. Washington Convention Center.

The victim was unconscious and not breathing when police arrived, according to authorities. The shooting didn’t appear to be random, police added.

Authorities described the suspect as a black man with a dark complexion, wearing a black jumpsuit and a dark beanie hat.