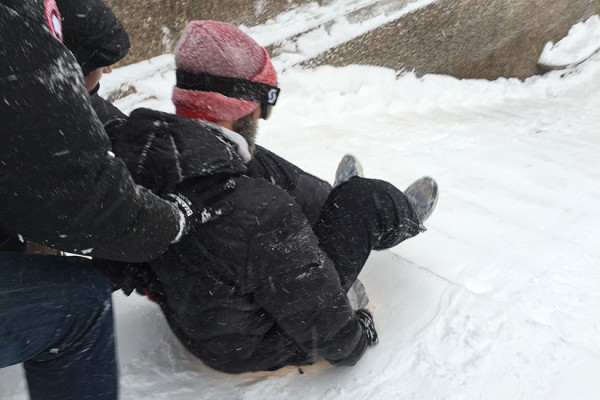 Blinding snow didn’t keep dozens of locals from zooming down stairways and other inclines on sleds, a beer sign and, for a time, an air mattress in Meridian Hill Park this afternoon.

Powered by liquid courage in some cases, the sledders plunged down packed snow screaming and laughing while they dodged walls and bystanders. But no collisions happened when Borderstan visited.

Mike Lindle, who lives near the park, was trying out his sledding skills on a Newcastle Brown Ale metal beer cap sign when we saw him. He and some friends used an air mattress to go down some stairs at the park, until it deflated.

But he still was having fun, and said he was enjoying meeting fellow sledding enthusiasts.

We tried to take another measurement of the snow total at the park. But blowing and drifting snow made the task impossible. According to the National Weather Service, the area has received about 16 inches of snow, so far.

Throughout the day, we’ve been collecting snow photos and updates throughout the area. Here are some of the photos we’ve taken and received, as well as some other pictures we’ve found: 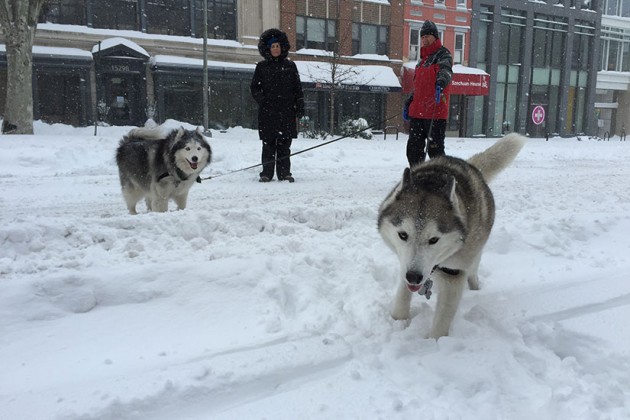 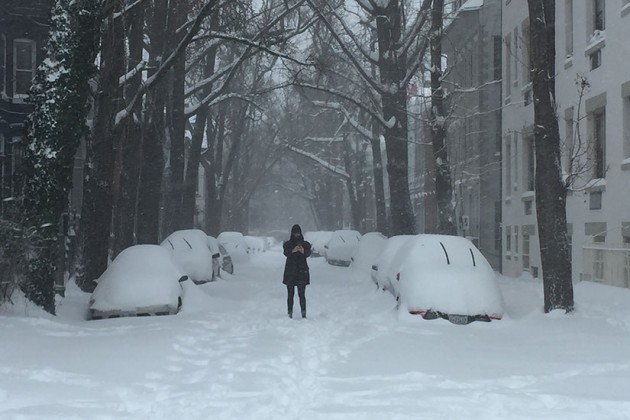 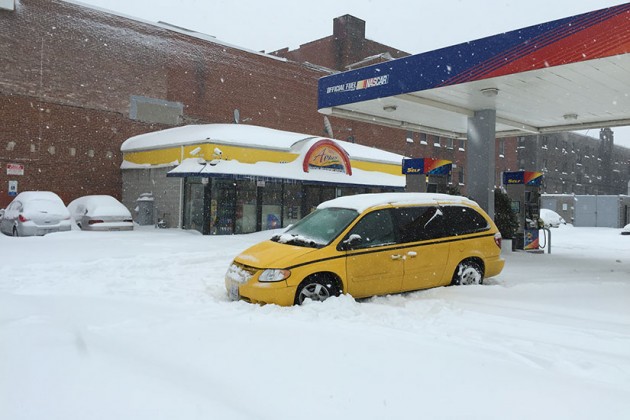 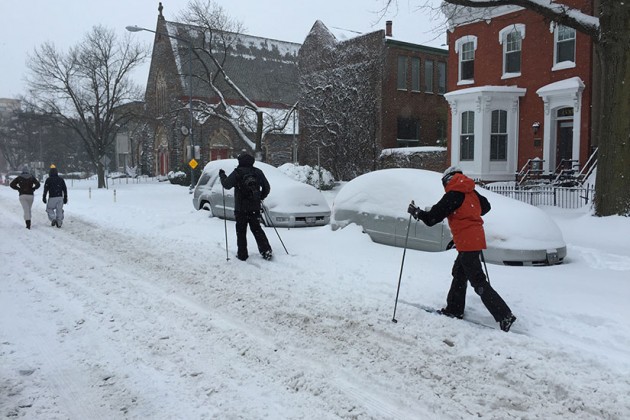 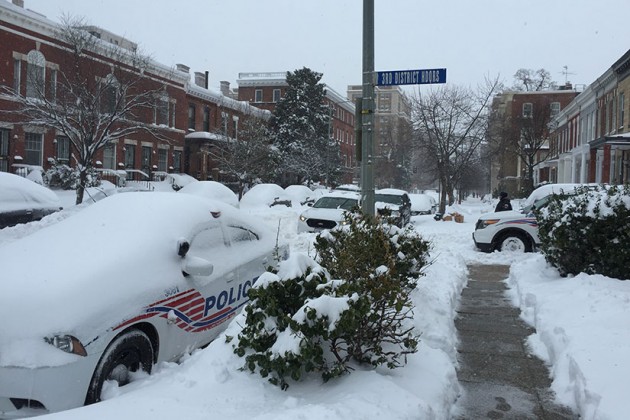 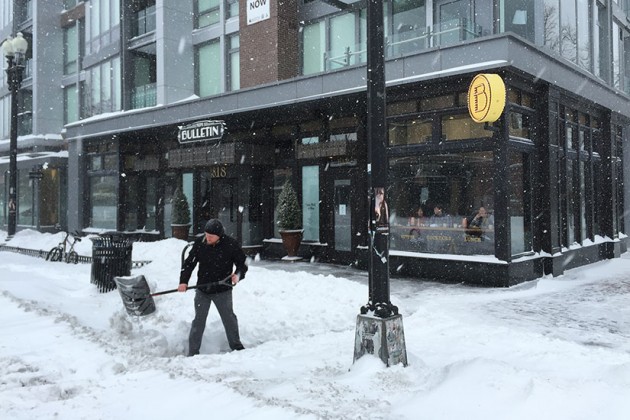 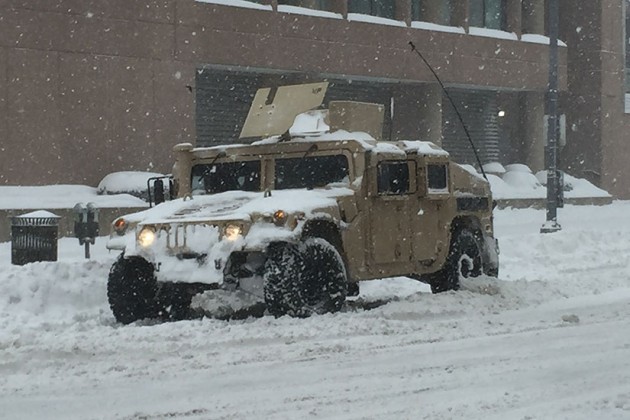 Tian Tian woke up this morning to a lot of snow, and he was pretty excited about it. 🐼🌨 #blizzard2016 pic.twitter.com/GrhI9t1u7j

Skiing at Wangari Gardens! Sort of. Needs some packing. https://t.co/ohqKJHUpqp

@borderstan @capitalweather it's getting stormy in AdMo and Columbia Heights pic.twitter.com/YRV3PdHXLJ

If you have any photos or updates, email or tweet them to us. But be safe, Borderstan reader.

For more information about what to expect during the storm, check out our “What to Expect Around Town This (Snowy) Weekend.”

more stories
Previous
What the Blizzard Should Go By (Other Than ‘Gorf’)
Next
Area Grocery Stores Reopen After Blizzard, But May Lack Some Food