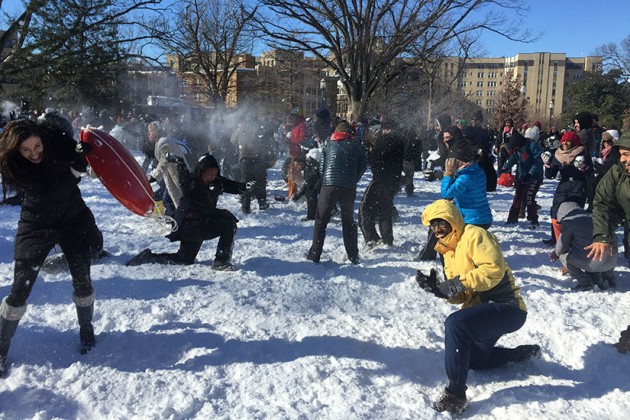 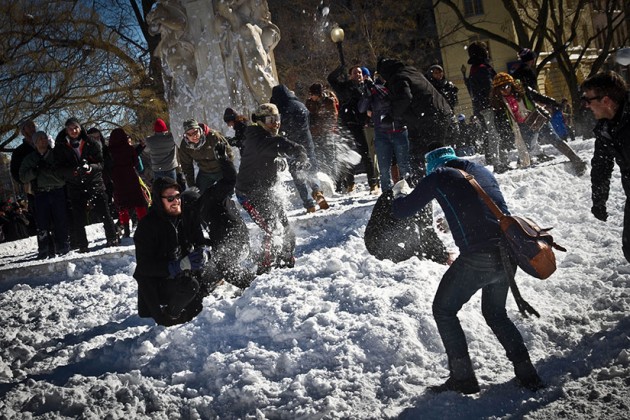 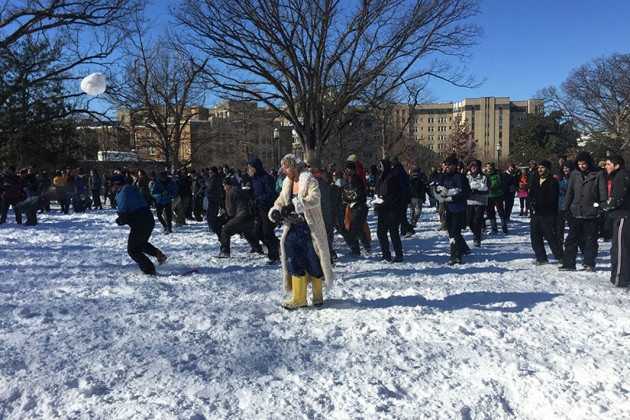 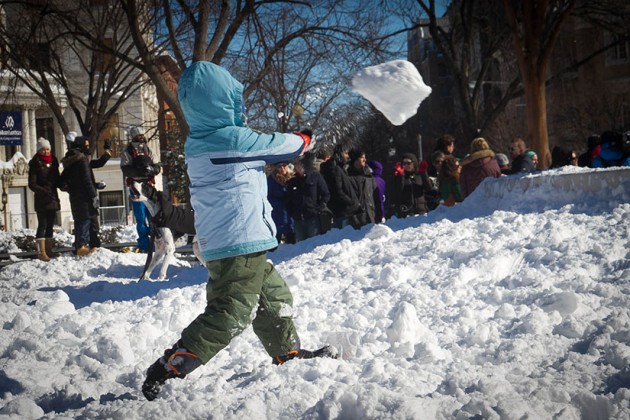 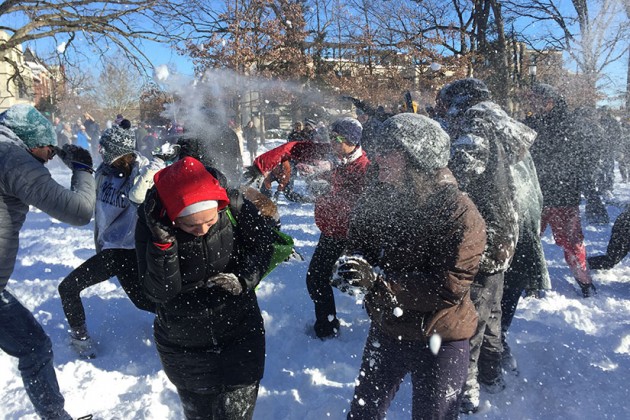 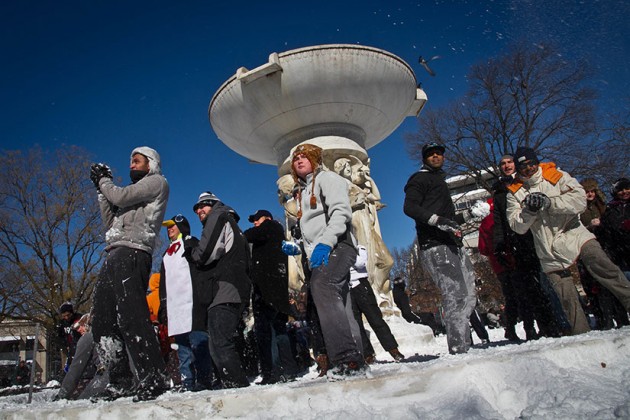 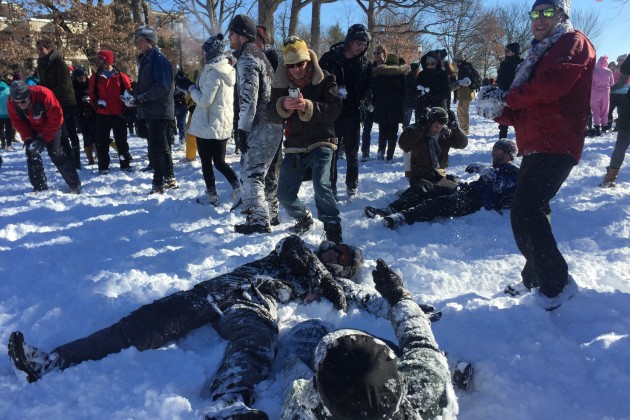 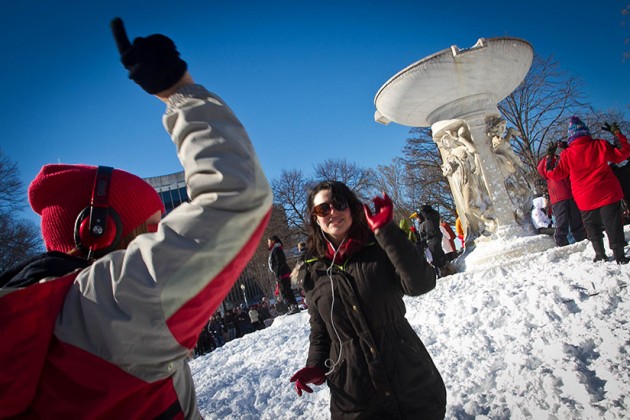 (Updated at 4 p.m.) Hundreds of locals armed with snowballs converged at the Meridian Hill and Dupont Circle parks to wage war on each other this afternoon.

Under sunny, clear skies, the attackers hurled chunks of snow at one another, drawing screams and laughter. Some of the combatants were covered in snow, but appeared uninjured and in good spirits.

At the Meridian Hill skirmish, dubbed the “Snowzilla Snowball Sunday Showdown,” rows of fighters battled as “It’s All About the Benjamins” and other songs blasted in the background. Some of participants used trash can lids, sleds and unlucky friends as shields.

With a plastic Captain America’s shield to protect himself, Forrest Penrod of Mount Pleasant said he took some hits and lost chunks of his main line of defense. But he said he was proud of the fight he and his fellow combatants waged against opposing forces.

“We’ve made them pay for every step they’ve taken,” he said.

In Dupont, “SNOW WARS: The Snowball Strikes Back,” locals danced in a silent disco and hurled snowballs at each other, Borderstan co-founder Luis Gomez reported.

Some of the combatants were dressed in costumes. At least one penguin was spotted.

It was unclear in both the Meridian Hill and Dupont fights who won. But participants in the Dupont battle can score a free T-shirt.

The only catch is combatants have to have photographic evidence of themselves helping people shovel.